The dormakaba share has been listed on the SIX Swiss Exchange since November 1995.

The Board of Directors will propose to the shareholders at the AGM on 12 October 2021 a dividend of CHF 12.50 without contribution to other reserves, to be equally paid out from the reserves from capital contributions and statutory retained earnings:

dormakaba is covered by various financial analysts. As a service, we present you with the most recent consensus estimates collected and compiled by Vara Research.

The consensus may contain forward-looking statements. Various known and unknown risks, uncertainties and other factors could lead to material differences between the actual future results, financial situation, development or performance of the company and the estimates given here. dormakaba assumes no liability whatsoever to update these forward-looking statements or to conform them to future events or developments.

Consensus estimates are based on projections made by financial analysts who cover dormakaba. Any opinions, forecasts, estimates, projections or predictions regarding dormakaba's performance made by the analysts (and, therefore, the consensus estimate numbers) are theirs alone and do not represent the opinions, forecasts, estimates, projections or predictions of dormakaba or its management. dormakaba does not by providing these estimates imply its endorsement of or concurrence with such information, conclusions or recommendations. dormakaba assumes no liability for the accuracy of such estimates and undertakes no obligation to update or revise such estimates.

3) Shareholdings of Riet Cadonau as at 30 June 2021 are included only under BoD members because effective as of 1 April 2021, he stepped down from his position as CEO and EC member, and continued his role as BoD Chair. 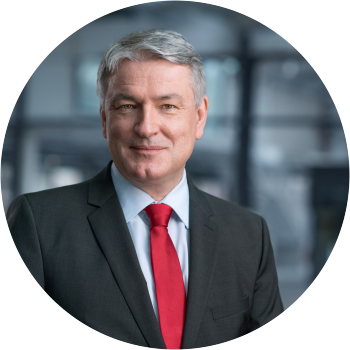 Stay informed with our news service

Learn more about what we do & why
Show all